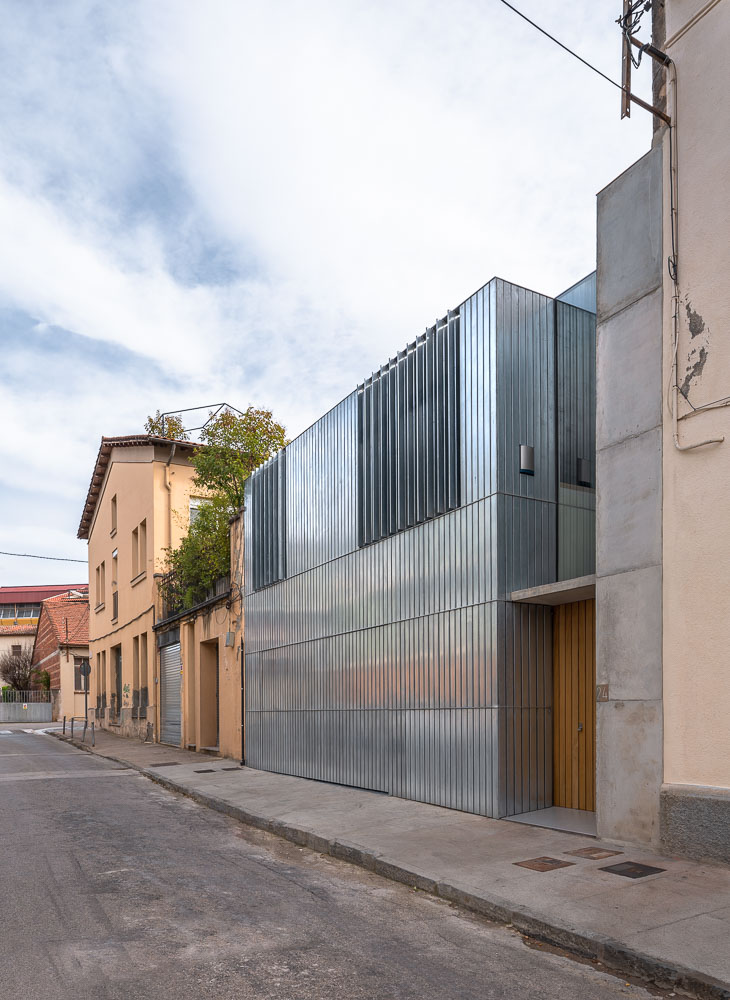 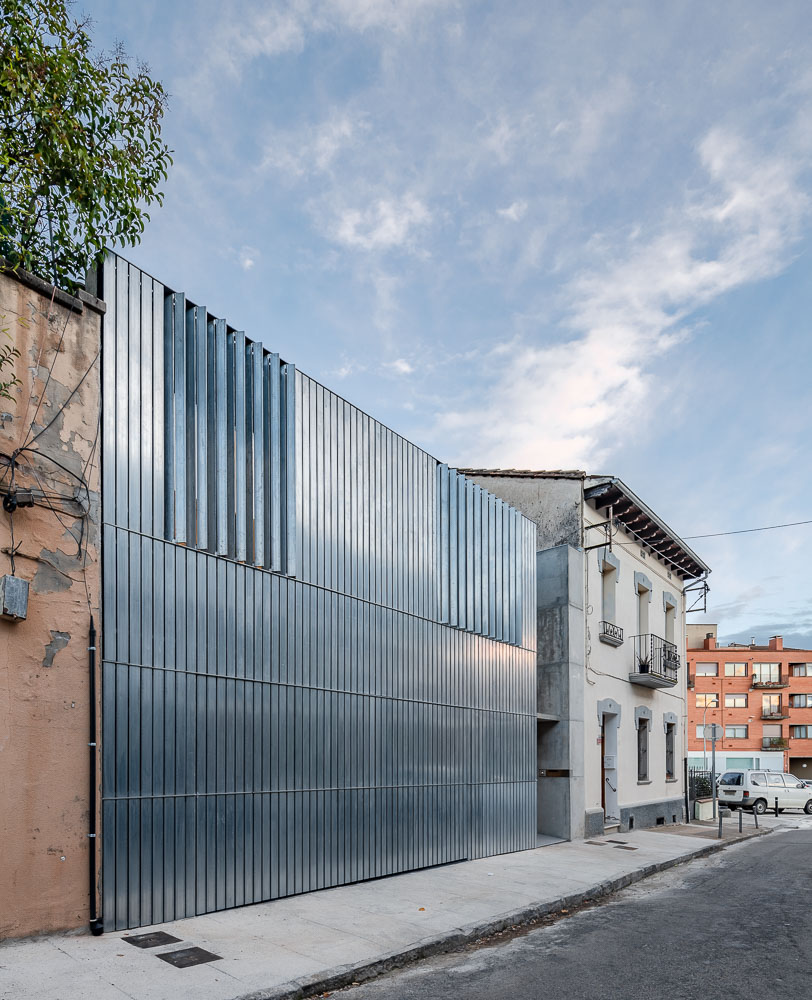 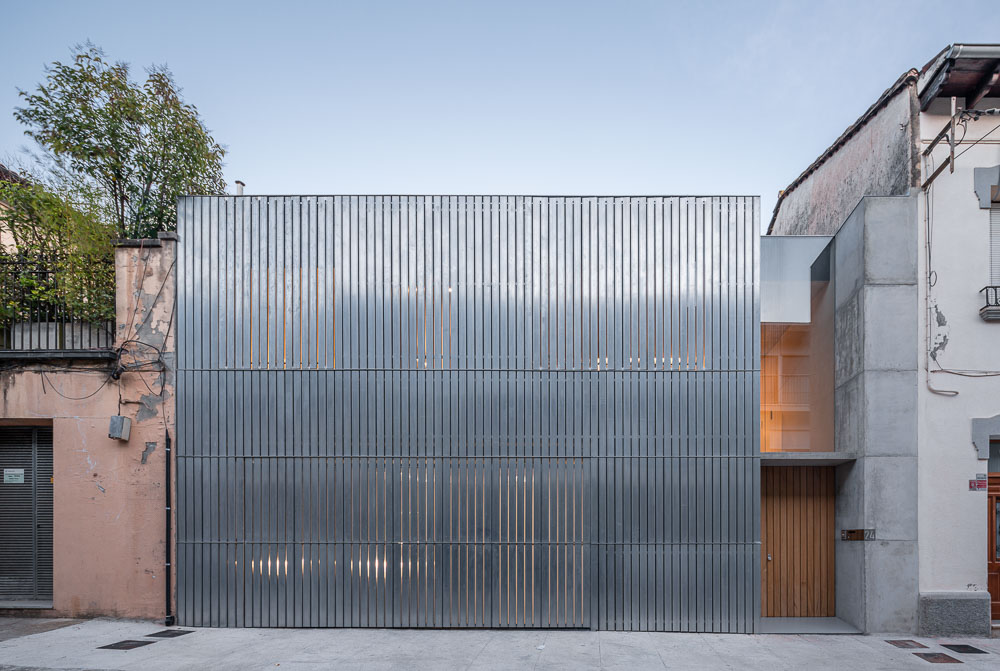 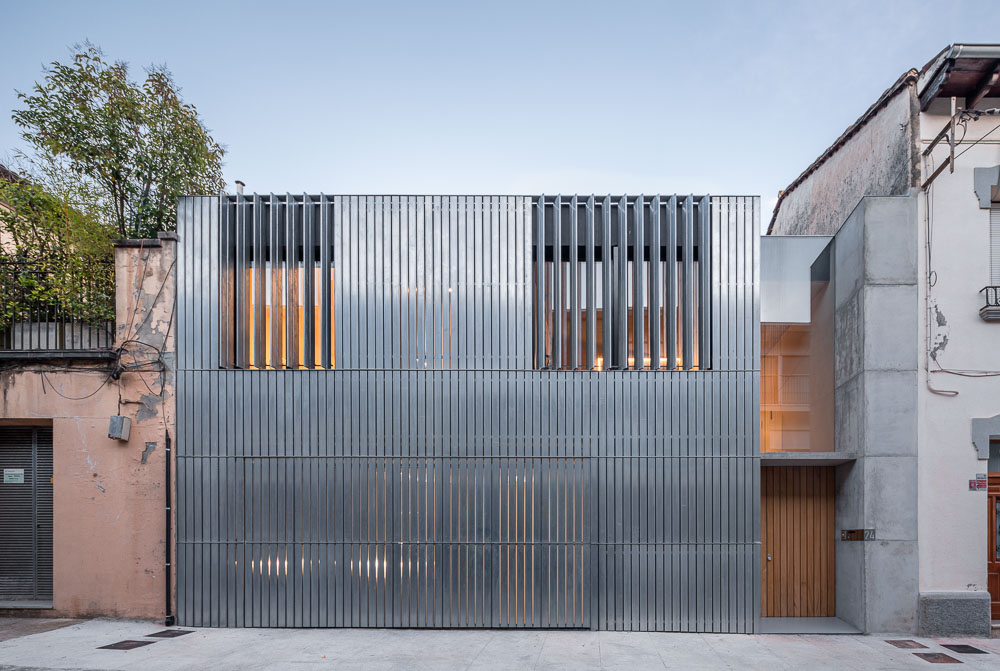 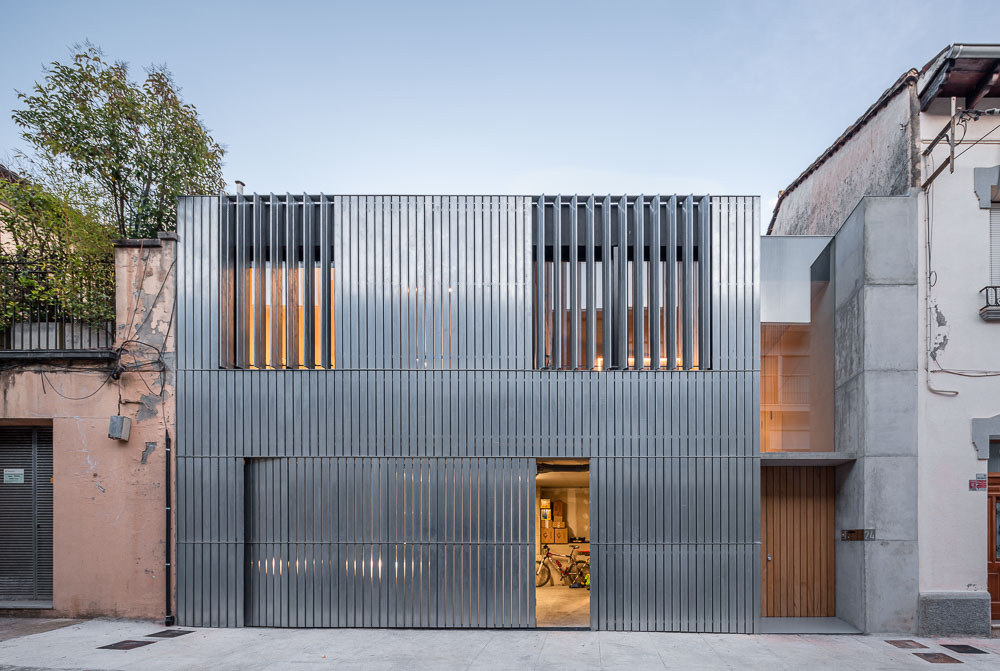 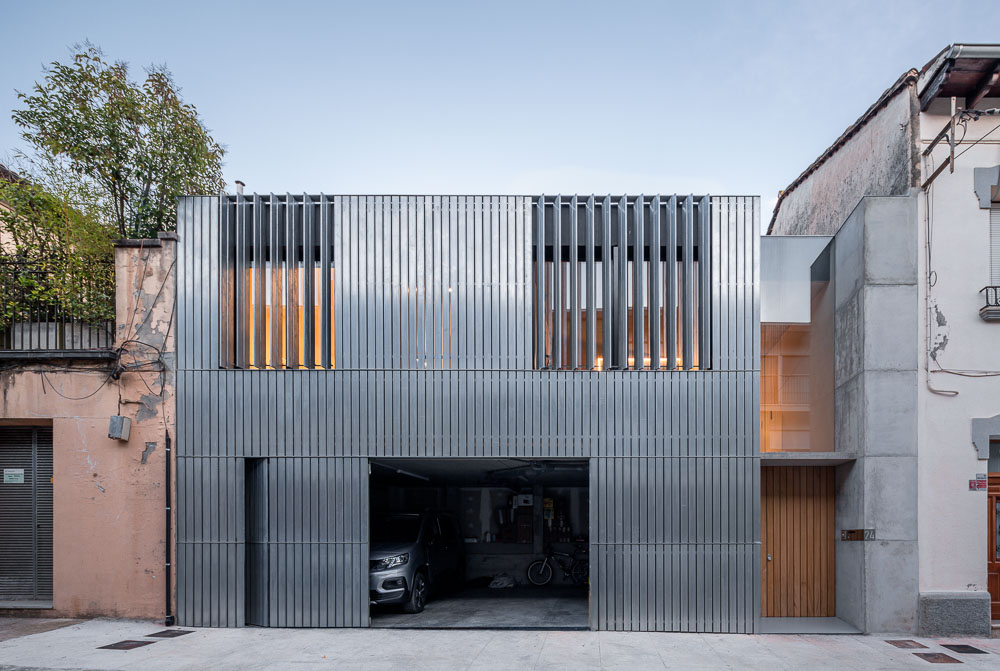 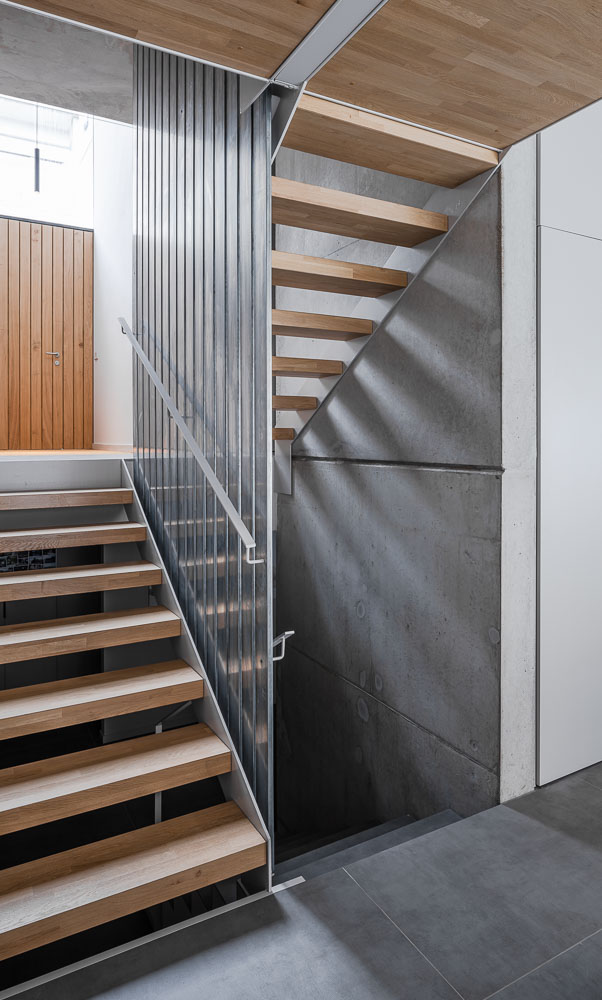 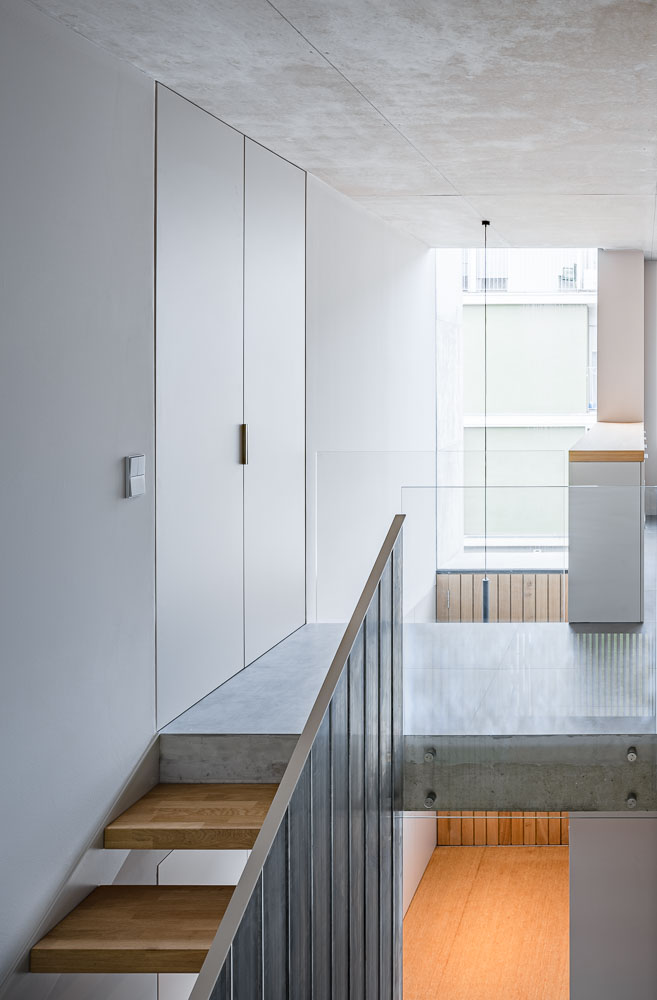 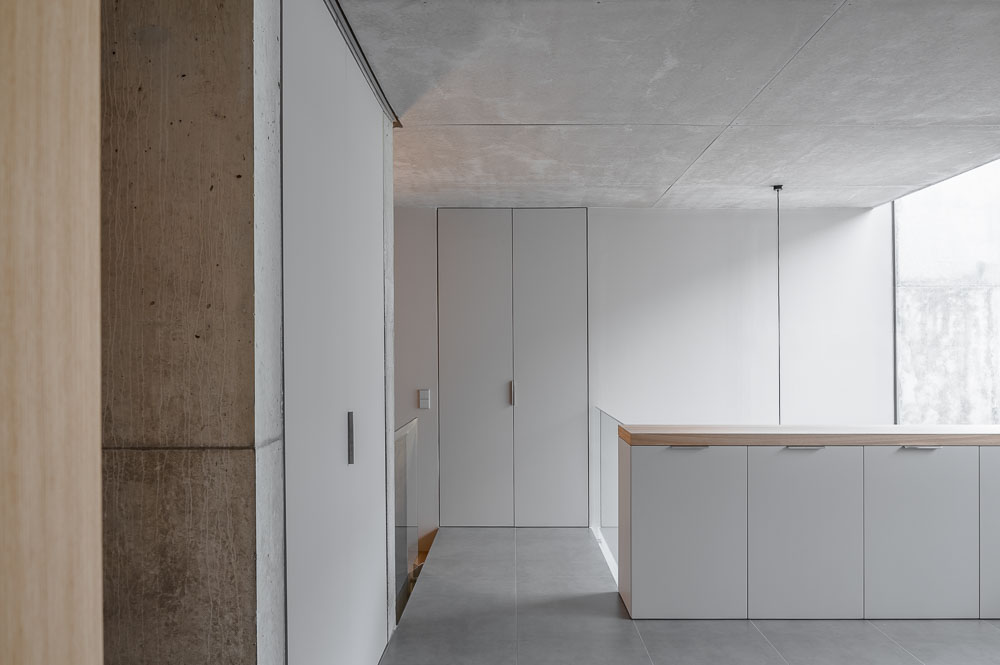 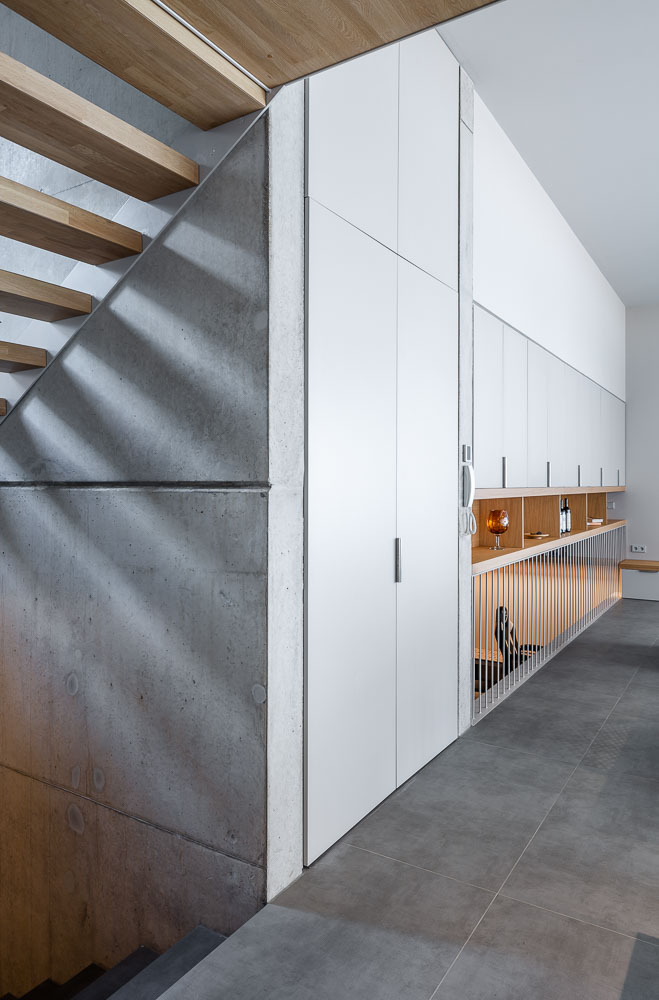 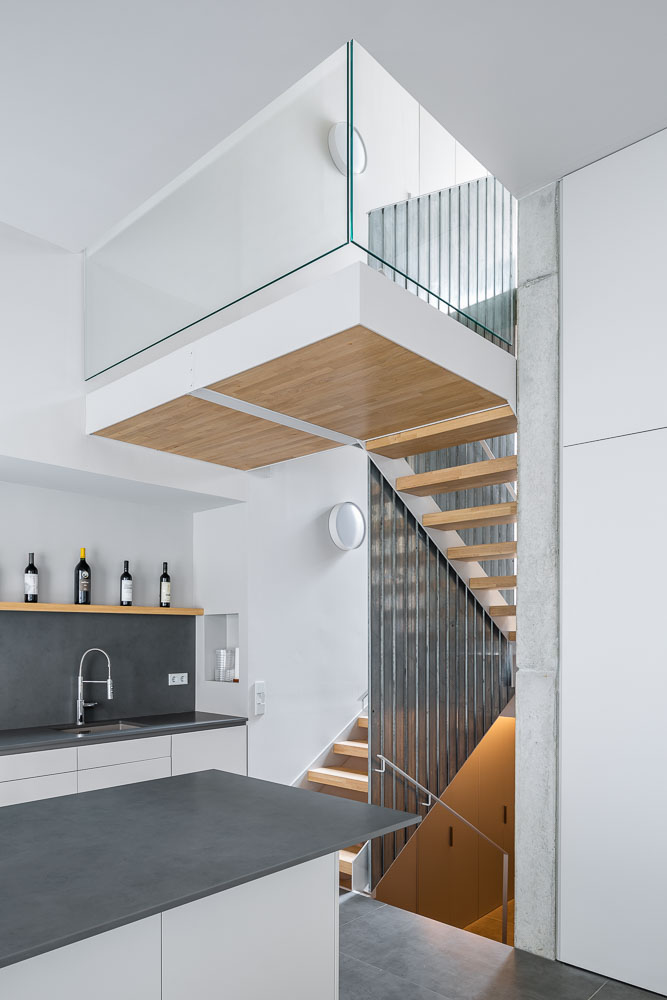 Back in Olot of the 1920s, while Manuel Malagrida was building the Eixample Malagrida or “of the rich”, Rafael Arau was urbanising the Eixample Popular or “of the poor”. And in this neighbourhood, between different typologies and gradients to be resolved, we have to build a new house for a large family.

An omnipresent garage doorway in the project makes us look for strategies to mitigate its prominence. And this is how one piece of machinery turned into a façade neutralises another, the car, while at the same time providing another peculiar character for the heterogeneity of this neighbourhood.

A half-level difference between the street and the back garden leads us to work on semi-levels and turns the section into the main organisational and representational feature of the project.

The Eixample Popular now has new neighbours. And meanwhile my mother-in-law, who lives just behind it, looks at everything through the window; now that’s popular!